Anyone who is concerned about reproductive health issues has had plenty of bad news in the past few years. In Latin America and the Caribbean the menace of the Zika virus has caused governments to warn women against becoming pregnant, in most cases without loosening restrictive anti-abortion laws or providing increased contraceptive options. Despite problems of access, Guttmacher Institute scientists estimate that women of the region have about 6.5 million abortions per year (https://www.guttmacher.org). Most are illegal, many are performed under unsafe circumstances, and at least 750,000 women per year experience post-abortion complications.

In the U.S. more and more state legislatures have enacted so-called “TRAP” laws (targeted regulation of abortion providers) (http://www.reproductiverights.org/project/targeted-regulation-of-abortion-providers-trap) making it difficult if not impossible for many abortion providers to continue to offer the procedure. And Planned Parenthood clinics are under constant threat of losing state and federal funding despite the fact that most offer a full range of women’s health services (including cancer screening, in vitro fertilization, and sex education) that would not otherwise be accessible to women of scarce resources.

The U.S. is not a monolith, however. TRAP laws and other threats to women’s reproductive health do not affect all parts of the country equally. Take, for example, the Pacific Northwest. In 1991 voters in the state of Washington sent a clear message when they acted to limit Christian fundamentalists’ ability to curtail women’s abortion rights. By means of a direct popular vote, Washington residents enacted the Reproductive Privacy Act (RPA), which bars the state legislature from passing abortion restrictions, requires the state to finance abortions for poor women, and mandates that any public hospital that offers maternity services must also provide abortion services.

In 2015 the American Civil Liberties Union of Washington sued the Skagit County public hospital district on the grounds that Skagit County was referring women desiring abortions to Planned Parenthood clinics rather than offering the service themselves. The county claimed that their hospitals had no physicians willing to provide abortions and cited the RPA provision allowing individual doctors to opt out of doing abortions. But Skagit County Superior Court Judge Raquel Montoya-Lewis has ruled that the hospital district is required to find someone willing to provide abortions since they provide maternity services, and that the individual opt-out provision of the RPA cannot be employed at the county-wide level. The victory is a small one, of course, and it remains to be seen whether Skagit County will appeal the court decision. But at least the case has served to remind people in Washington State of the RPA and its provisions. 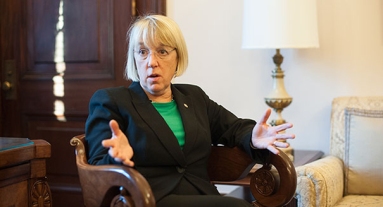 Another intriguing battle being waged right now concerns Washington Senator Patty Murray’s efforts to get the federal government to pay for reproductive assistance for injured U.S. veterans. For example, it would pay for in vitro fertilization for a couple who could not conceive in the normal way because of battle wounds (such as shrapnel in the uterus or testes). Her measure has passed the Senate, but is being obstructed in the House of Representatives. According to a June 22, 2016 editorial in The Seattle Times, opposition is being spearheaded by the conservative Family Research Council on the grounds that in vitro fertilization could result in the destruction of fertilized eggs (which is tantamount, in the eyes of Catholic and Protestant religious fundamentalists, to abortion). Senator Murray has noted the outrageous ironies of the situation: the U.S. claims that it is sending young people to the Mideast with the purpose of fighting Islamic religious fanatics who seek to impose their will on the population at large. But after U.S. soldiers are wounded in the course of that struggle they come home to fall victim to Christian zealots who impose their extremist views on the majority of Americans who do not share their fanaticism.